Why is Alan our Hero of the Day?

Why is Dr. Alan McElligott our Hero of the Day?

Let me tell you why!

Alan, who lives in London, was out and about the other day and wanted to drop off some old clothing at a donation bin. As he was dropping the bag into the bin, he heard meowing coming from inside of it. He continued to hear the crying and called the fire fighters and the police to come and help. They all agreed that the cat was inside the bin and they began the process of saving it. The firefighters decided the best way to get to the cat was to break out their heavy tools to open the locked container.

What did they find once the bin was opened and they crawled inside? Well, technically there WAS a cat inside…it just wasn’t a real cat. It was a FurReal Friends cat that produced very convincing meows. Yep…it was a stuffed toy cat. Alan assured everyone that the firefighters and officers had a good laugh at the outcome of the cat in peril.

So while nothing really needed saved here, I applaud Alan for calling in the big guns and doing all he could to save the meowing cat from inside the bin.

Now my question is…is he single? I mean, what’s hotter than compassion? Nothing. 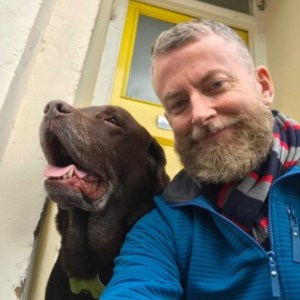 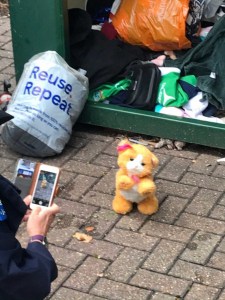 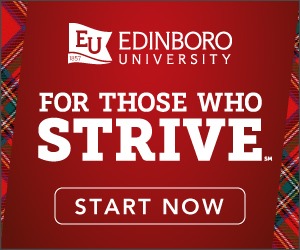