Um…Why would she do this? I’m sure she had her reasons but…

People don’t take many photos at funerals, but one woman recently did. Miami influencer and Only Fans model Jayne Rivera posted a photo of herself on Instagram Monday (October 25th) in front a man’s casket during a funeral service. She captioned it, “Butterfly fly away (dove emoji, American flag emoji) Rip Papi you were by bestfriend [sic]. A life well lived.” Twitter user @MacMcCannTX re-posted her photos from the funeral the next day, and people had opinions. One person wrote, “How to make someone else’s funeral all about you.” Another person wrote, “Take photos at a funeral isn’t the bad part, it’s the thirst traps in front of a casket. An open casket.” After the backlash, Rivera’s Instagram account disappeared, but according to her website (jaynerivera.com) she is also huge on TikTok, and that account is still active—and features zero funeral content. 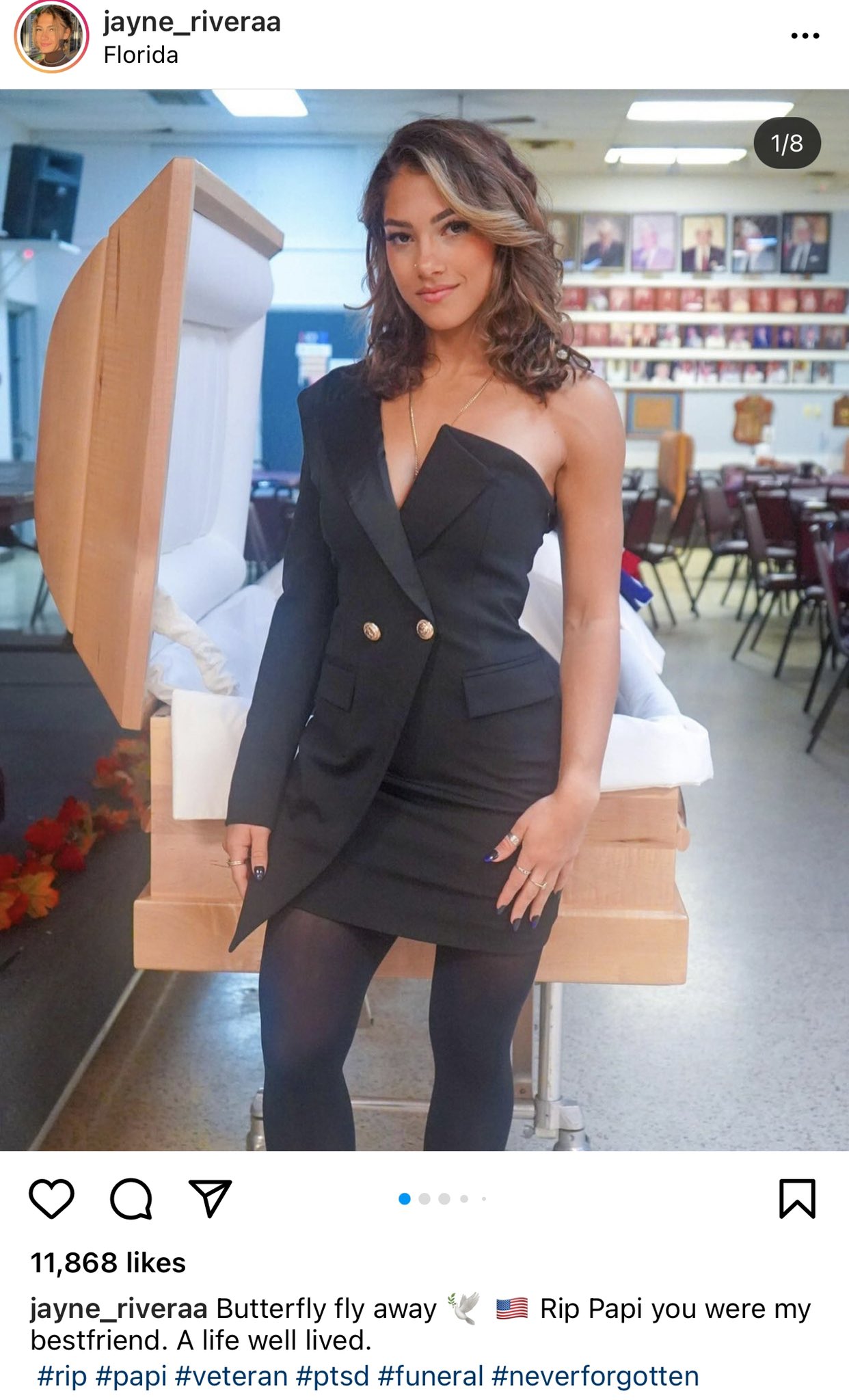 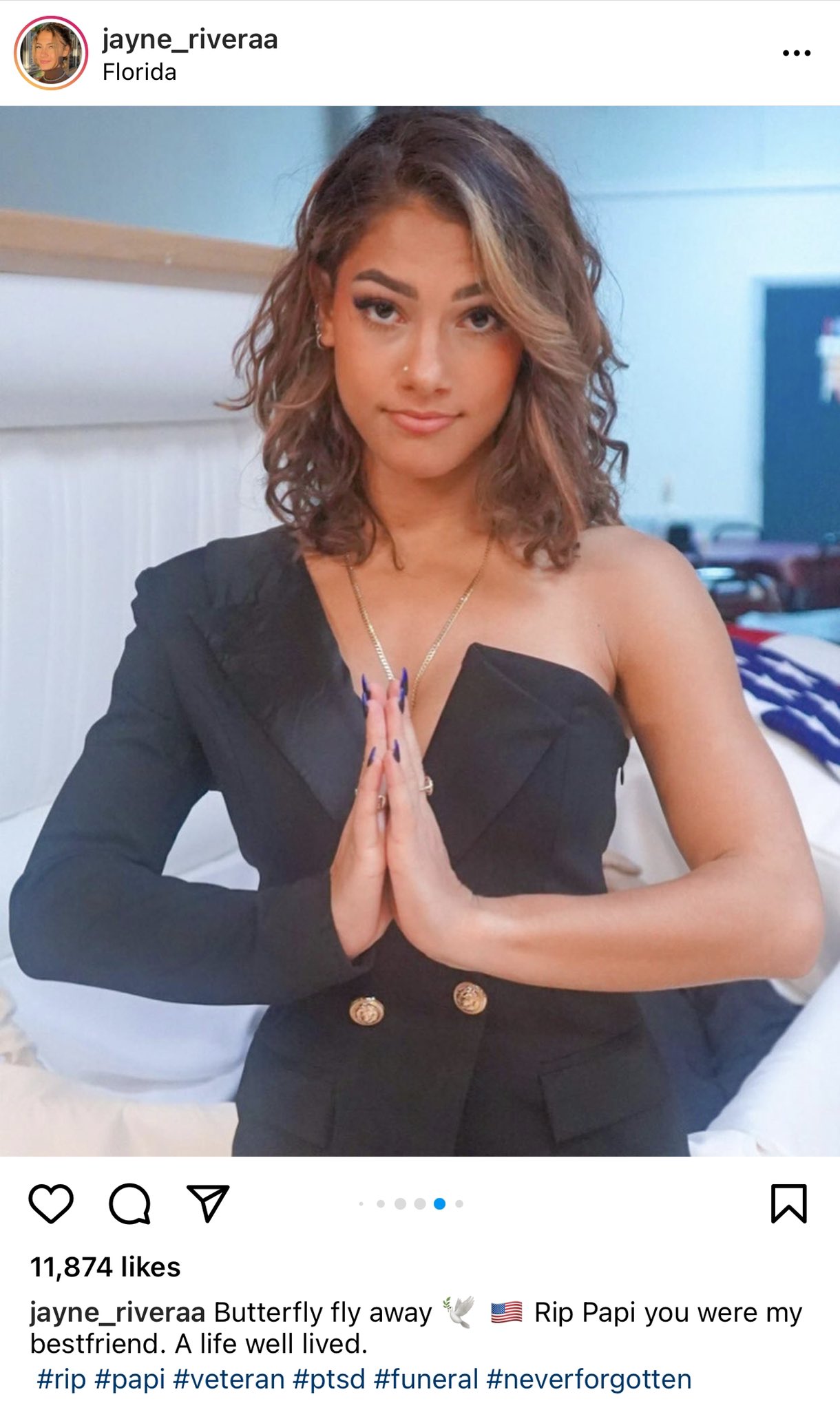