The universe REALLY wants Simone to have these shoes!

Simone Boutet of Oak Park Illinois said more than 15 pairs of “really, really, really tacky” shoes have been mistakenly delivered to her home over the course of a year.

Boutet said the shoes started being delivered to her home by UPS about a year ago, and between 15 and 20 pairs have since arrived.

Boutet said she returned one box of shoes to a UPS store.

“I explained the whole thing to her and she understood it. And so she took them back and then like four days later they came back in the mail to me,” she said.

Boutet said in a Facebook post that she determined after a January delivery that the shoes were apparently supposed to have been returned to Amazon.

UPS officials said the shoes are supposed to be returned to an Amazon vendor out of China, and the vendor’s return label bears the words “Simone” and an address on Elm Street in Chicago. The address is not a return center, so a UPS attempt to correct the address error led to them being sent to “Simone” in Oak Park.

UPS said “a clerical error” was to blame for the shoes arriving at Boutet’s home. The company said it would work with the vendor to get the return labels corrected.

An Amazon representative said the company is aware of the issue. 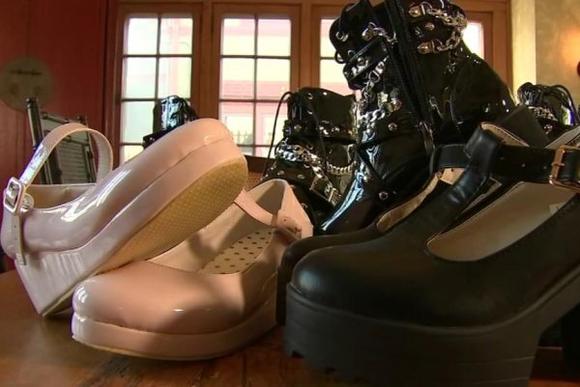