Randy got himself in quite the situation…

Who knew lizards could be so mischievous? Veterinarians at a Massachusetts animal hospital had to rescue a bearded dragon that got its head stuck inside a toy pineapple. The New England Animal Medical Center in Bridgewater said in a Facebook post Wednesday (May 25th), that Randy the bearded dragon’s owners brought him in when he got his head stuck inside the toy version of the undersea home from SpongeBob SquarePants. The vets said they were able to break the toy open to free Randy without injury. They also noted that Randy’s predicament was “the cutest emergency we’ve ever had.” 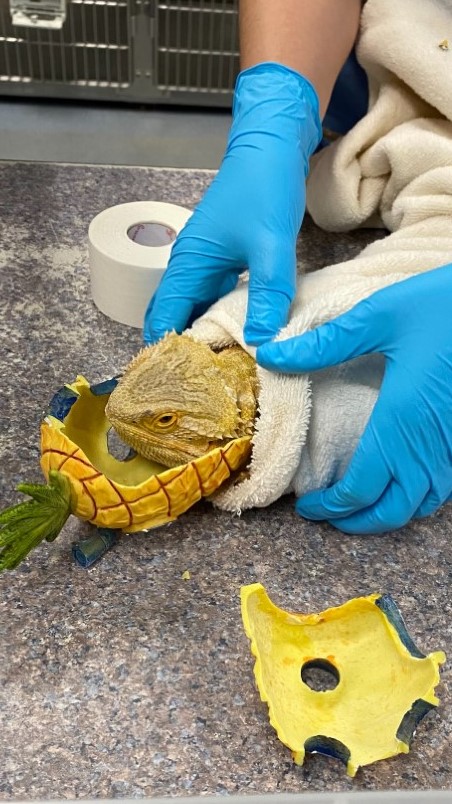 I mean, wouldn’t you be? 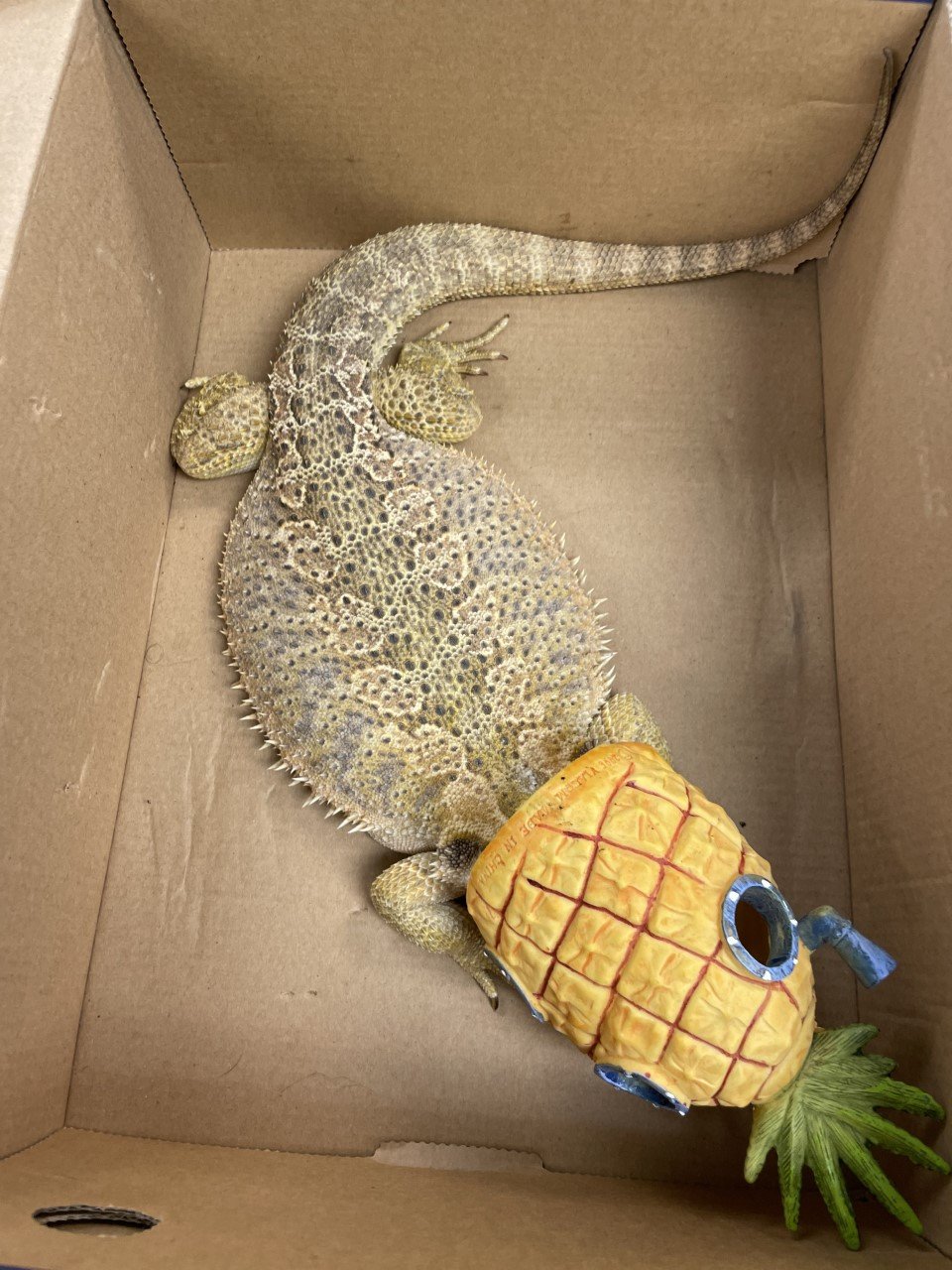