Mariah Carey posted online targeting a Texas bar after a photo surfaced on social media of a sign banning her music.

In all caps the sign noted that her classic hit, “All I Want For Christmas Is You” would not be allowed until after December 1st and then only once a night.

Mariah Carey jumped in on the action and posted a photo of herself from her 2015 Game of War commercial with the caption “Is this the war on Christmas I’ve heard about?” A lot of her followers joined in on the fun with their own posts.

The exact location of the bar is unknown, but the sign was posted on a jukebox in Dallas, Texas. 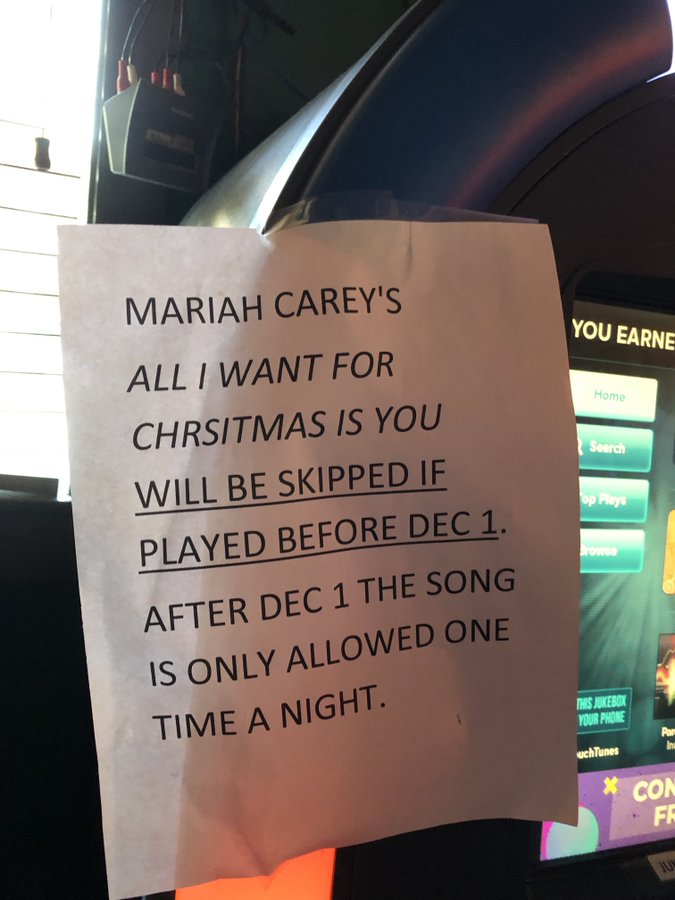 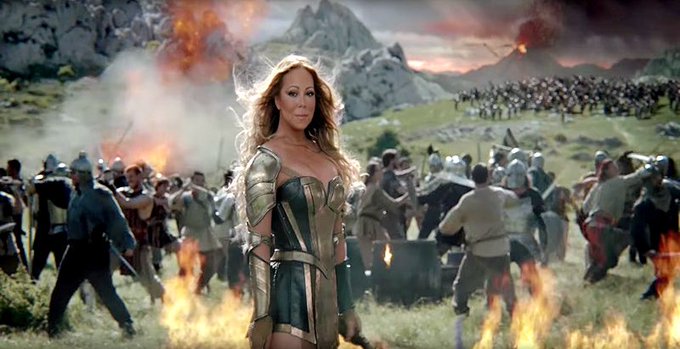