A UK man made a shocking discovery inside a wall of his newly acquired home — a spooky doll holding a note declaring that she had stabbed the previous owners back in 1961. “Thank you for freeing me!” reads the note that schoolteacher Jonathan Lewis, 32, found with “Emily” in a plastered-up cavity under the stairs in his Walton house. “My original owners lived in this house in 1961. I didn’t like them so they had to go. All they did was sing and be merry. It was sickening. Stabbing was my choice of death for them so I hope you have knives,” the note says. “Hope you sleep well,” adds the note, which was found with the blue-eyed, ponytailed rag doll clad in a pinstripe dress. Lewis’ alarmed friends urged him to sell the house and move out, but he was just amused by the apparent prank. He doesn’t believe the note is from 1961, as the paper is newer and the kitchen was re-done less than 10 years ago. 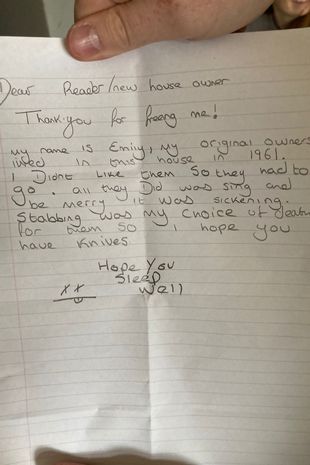 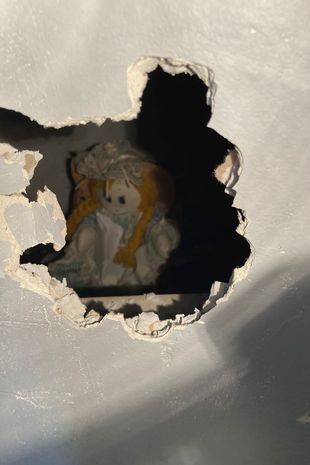